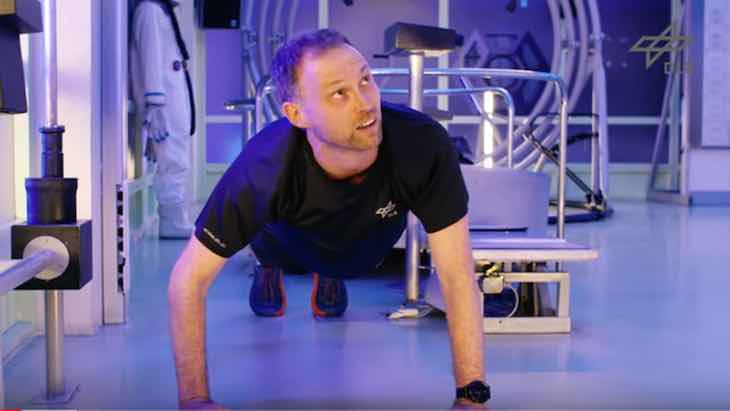 The team from DLR_School_Lab TV (German Aerospace Centre) is back with a 2nd episode filmed in the Orbitall Centre.
Cameras are whirring, microphones are on standby and right in the middle of it all, presenter Tobias Bohnhardt is preparing for his launch with the International Space Station.

Each episode of the educational programme produced by the DLR is available for children to watch online. The second episode can be watched via the DLR YouTube channel.

While Tobi's International Space Station is just a replica, he is however in contact with a real astronaut. Samantha Cristoforetti from the European Space Agency speaks via video link and reports what training is like and how she found life in space.

The next step for Tobi, who is actually an employee at the DLR_School_Lab Berlin, is to test his reactions, his fitness and his sense of direction on a range of astronaut test equipment. The episode also feautres exploding chocolate and weightless bubbles. At the end the space station is 'launched'. Tobi will immediately experience weightlessness and you'll feel like you're in a real spaceship heading to the stars.

We use cookies to personalize content and ads, to provide social media features, and to analyze traffic to our site. We also share information about your use of our website with our social media, advertising and analytics partners. Our partners may collate this information with other information that you provide to them or that you have collected while you use the Services.